Sebazzz Posts: 7 New member
October 8, 2020 6:38AM in SQL Change Automation
We're trying out SQL Change Automation and have an existing database that has memory optimized tables.
I went to the steps of setting up the project - I choose no baseline for now.
Then I generated and committed the first migration script.
After that the following message is shown and SSCA is unusable: 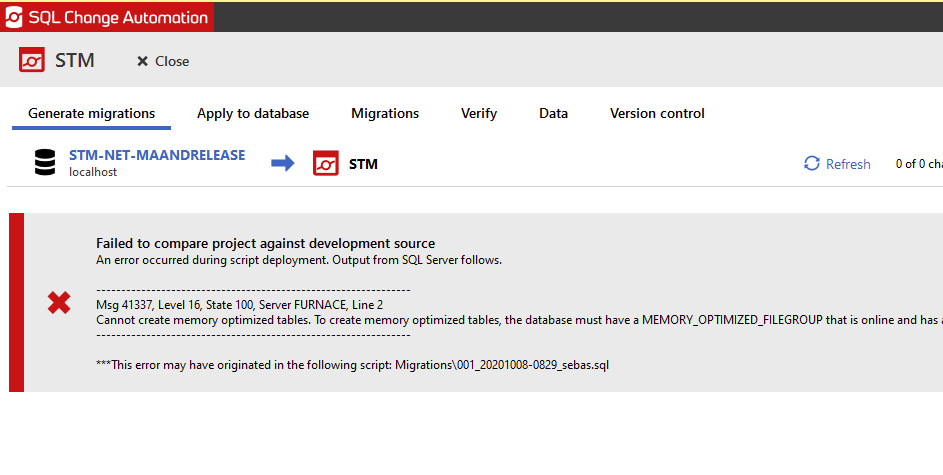 Is this a known issue in SSCA? What are the workarounds and is this going to be fixed?
Tagged:
0 · Share on Twitter