ben_b Herts, UKFriend of Redgate › Posts: 76 Silver 2
September 28, 2020 1:41PM in SQL Prompt
Posting here instead of UserVoice because a screenshot helps explain it. 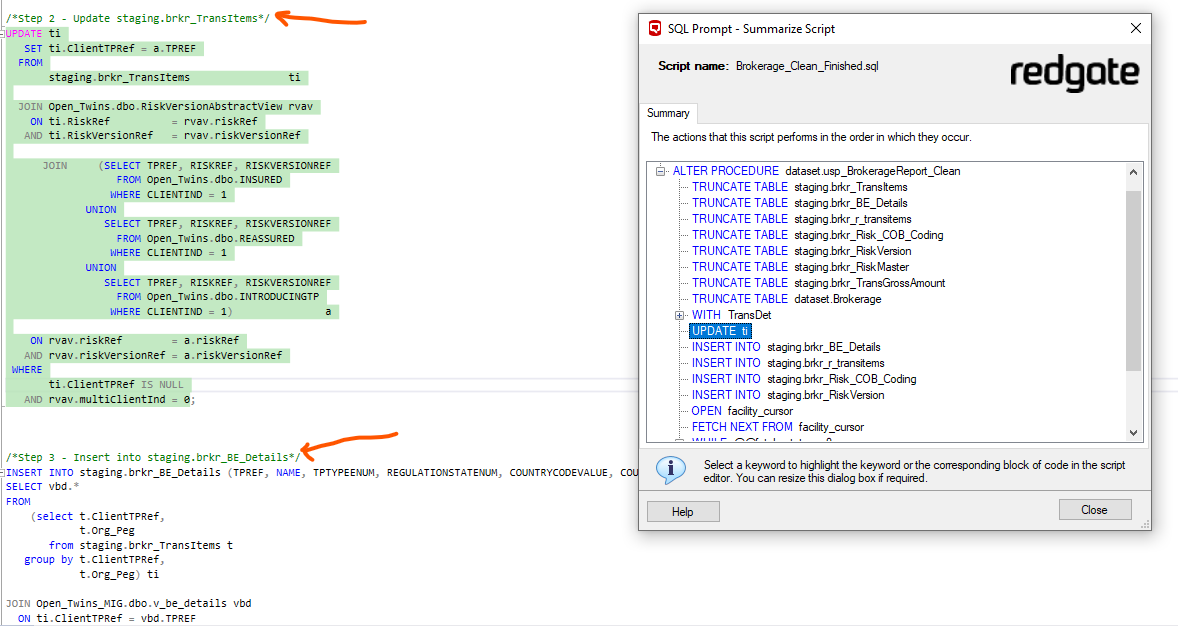 alternatively, if it could generate a the list of steps as a comment that we could stick at the top of the SP to document it, that would be helpful as well - even if it isn't perfect it would be really helpful to automate the bulk of it and the developer could tweak it to make it even more useful for other developers.