a11smiles Posts: 2 New member
August 20, 2020 5:16AM in SQL Change Automation
I currently have the following versions for my IDE & Extensions:

Problem:
When I make a change to my database and click "Update" in the window, then click "Generate Script", I expect to see the migration script with the two options "Mark as Deployed" and "Deploy Project" like the following window: 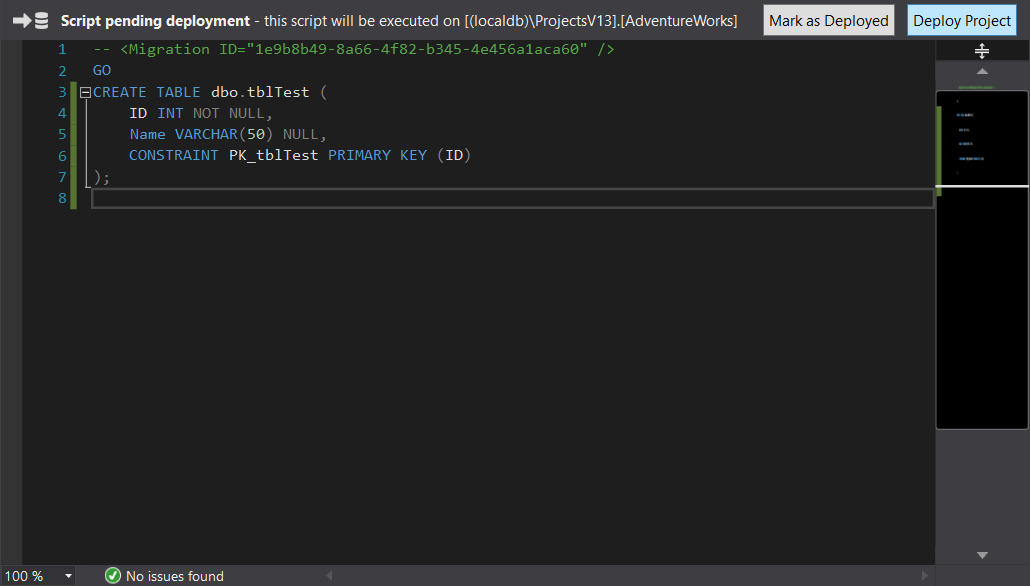 Instead, the tool is generating a full SQLCMD deployment script and there are no options to click on.


Why do I not have these options anymore and VS is creating a SQLCMD script?