SeanFleming Posts: 2 New member
June 27, 2019 9:52AM in SQL Prompt
Hopefully someone has some suggestions...

When I try and run the latest installer (downloaded from the stickied thread), it shows the following error. 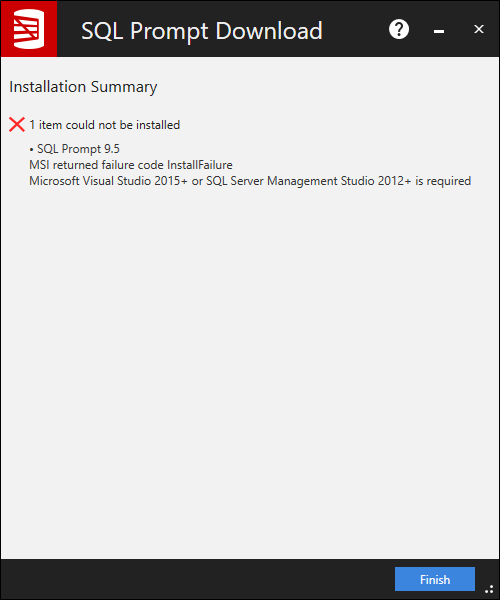 Trying to uninstall the current version shows the same message.