Bugs in the 'DELETE without WHERE clause' warning

The first issue I have is that there doesn't seem to be a warning generated when declaring and then deleting from user-defined table type variables.
For example I have a user table type called BrandList and this code does not cause the warning prompt to appear.
DECLARE @brandList BrandList
DELETE FROM @brandList


My second issue feels like a weird edge case.
It seems to be due to where the query text selection is when selecting and executing a sub-section of script, specifically when the selected DELETE query follows after a previous query that is indented in some way.
The warning prompt does appear but the name of the object being referenced in the prompt gets its first 1 or 2 characters truncated.
This is probably best shown with a set of screenshots...
I am using a simple test table for these: CREATE TABLE dbo.test (ID INT) 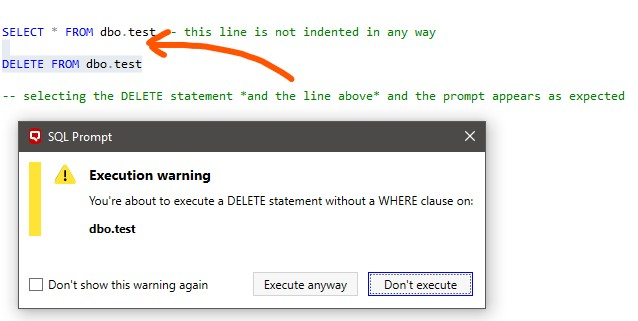 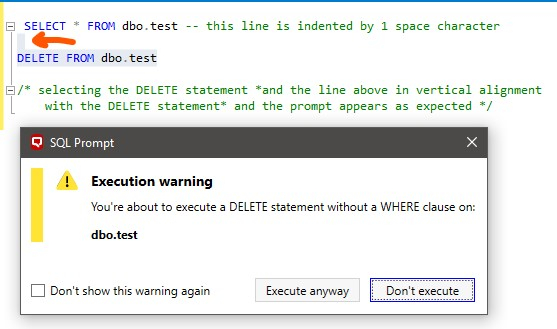 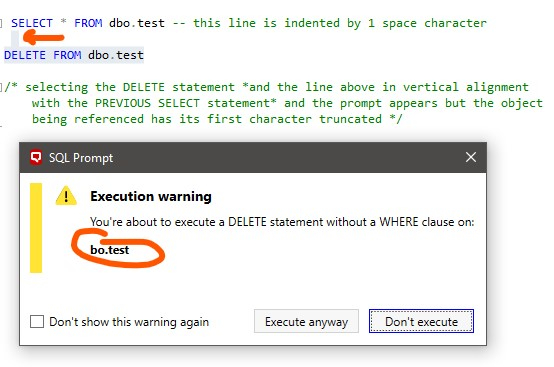 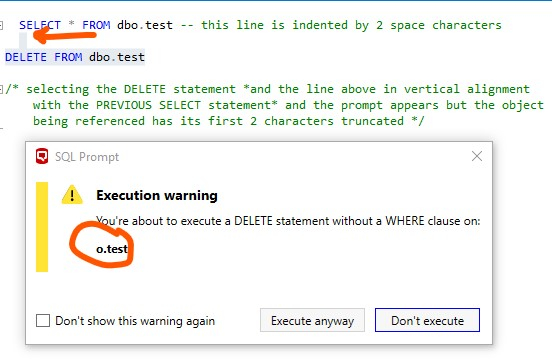 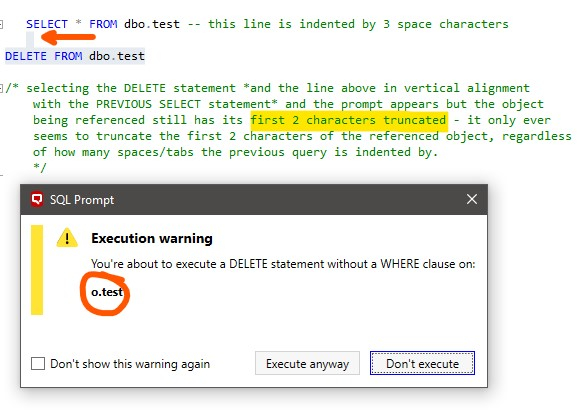 Finally, however, when combining these two issues it actually causes the first issue (not prompting on user-defined table type variables) to then begin warning about the DELETE without WHERE, but only when selecting in-line with the previous statement. 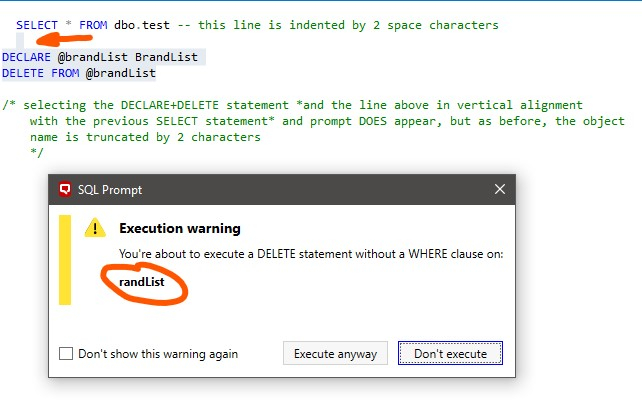