DrewCJC Posts: 2 New member
April 3, 2019 7:15PM in General Forum
I own SQL Prompt 9. The installer installed a bunch of trial apps from the toolbelt as well. However, the uninstaller crashes upon startup. I was able to manually uninstall some of the smaller apps via msie.exe uninstall strings, however apps like Data Compare require the Uninstaller to work to uninstall them.

The windows Event log contains a couple of entries when the uninstaller in C:\Program Files (x86)\Common Files\Red Gate\Uninstaller attempts to run: 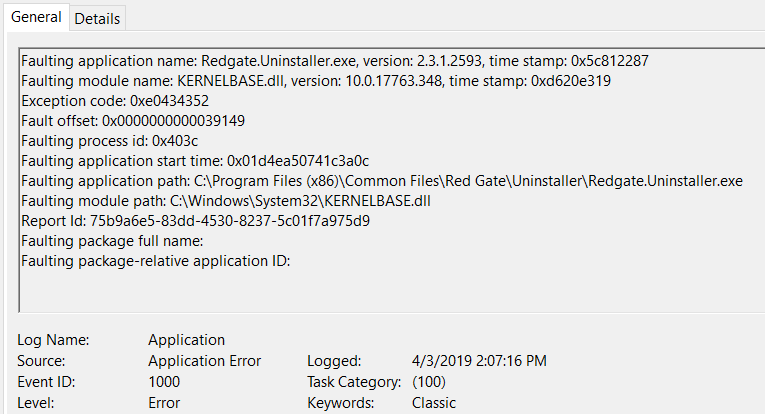 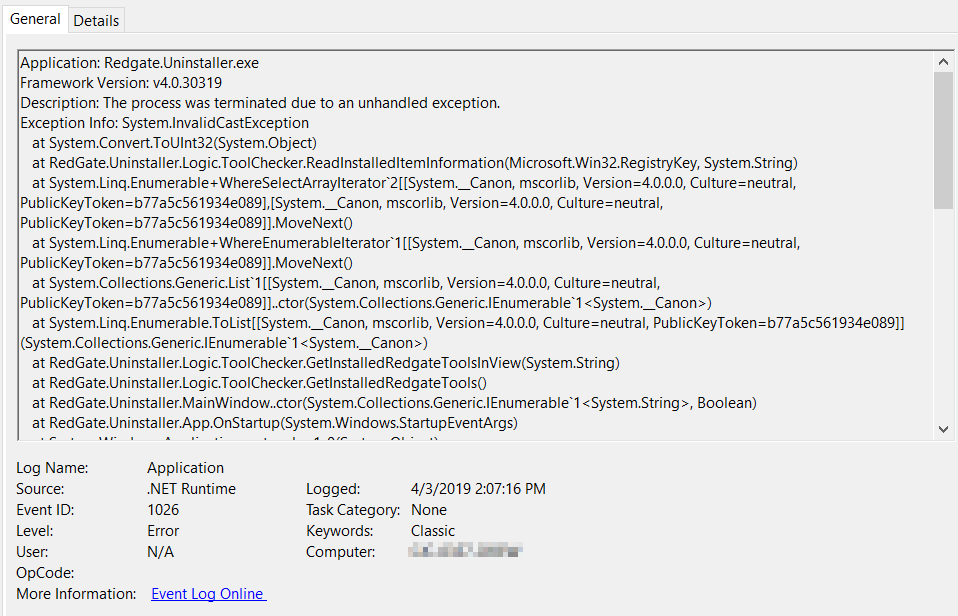 Any ideas? I see the uninstaller is a .net 4.0 app. Could later versions of .Net be causing it issues? The cast error tells me it's searching somewhere, probably the registry, for info and not getting what it expects.

I'd really rather get things uninstalled properly rather than brute force delete and run some cleanup tool afterwards.