How do you use cloud databases? Take the survey.

When we came into the office this morning we found one of our monitored servers (SQL 2005 Standard, running on Windows 2008) frequently hitting 100% CPU. We checked when this had started and it appeared to ramp up around 21:30 the previous evening. When we looked at current processes there were a number of SPIDs related to SQL Monitor running from around this time. They were all executing the following command (and had raised Long Running Query alerts in SQL monitor)

Suspending monitoring on this server cured the problem and CPU dropped to normal levels (VM and SQL Monitor graphs below). We monitor another 3 servers and have never had this issue - so I suspect it is not a SQL Monitor problem but a problem with what is is trying to do with this server.

Has anyone seen this or similar issue previously? 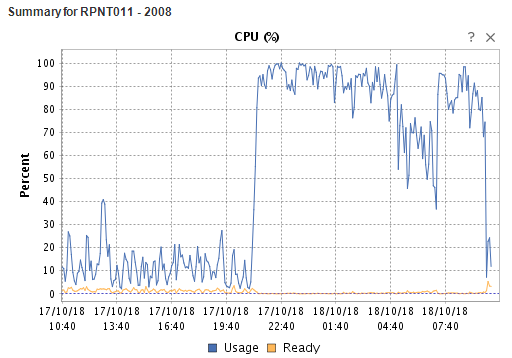